If cooking a whole fish intimidates you, you’re not alone.  I hadn’t cooked a whole fish since culinary school and for some reason, I just felt like it was too much. Guess what- it’s not. This Grilled Lemongrass Cilantro Branzino & Watermelon (and a side of grilled okra) on the side took about 20 minutes to make. And in some white rice for a full meal. This combo of fresh herbs and lime hits the spot on a warm summer night.

How to Cook a Whole Fish on the Grill: Tips & Tricks

Grilling a Whole Fish: Why You Need to Try it

Still not convinced you can grill a whole fish?

How to Make this a Full Meal 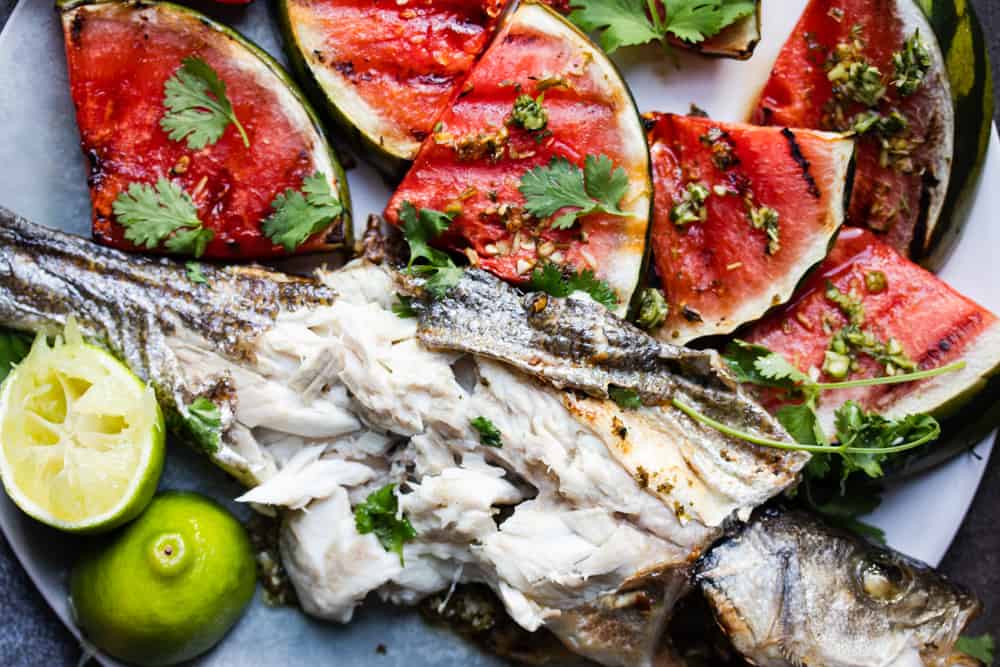