If you could recreate any ice cream flavor you’ve had, what would be it be? For me: the marscapone and berries gelato from Dolcezza. Their salted caramel comes in second (only as an afagato, with espresso poured over it), but a pretty distant second to this one, especially on a hot summer day.

Last time I had this was last summer walking on the Wharf with Matt. We attempted to branch out and each got an extra scoop of another flavor, but I ended up devouring my marscapone and berries half and then proceeded to hog Matt’s half of marscapone and berries as well. Whoopsies. True love at its finest, right?

There’s something about the combination of berries with the creamy and slightly tart marscapone that gives this a lot of balance and depth of flavor. Luckily making my own turned out to be easier than I initially expected. I essentially used my favorite ice cream base and just whisked in some marscapone at the end.

P.S. This blackberry compote is delicious on it’s own too! I had an extra tablespoon and just licked it off the spoon. So if you’re not looking for an ice cream or only have limited time, make this blackberry compote and then add it to yogurt or chia pudding for a great snack, breakfast, or dessert. 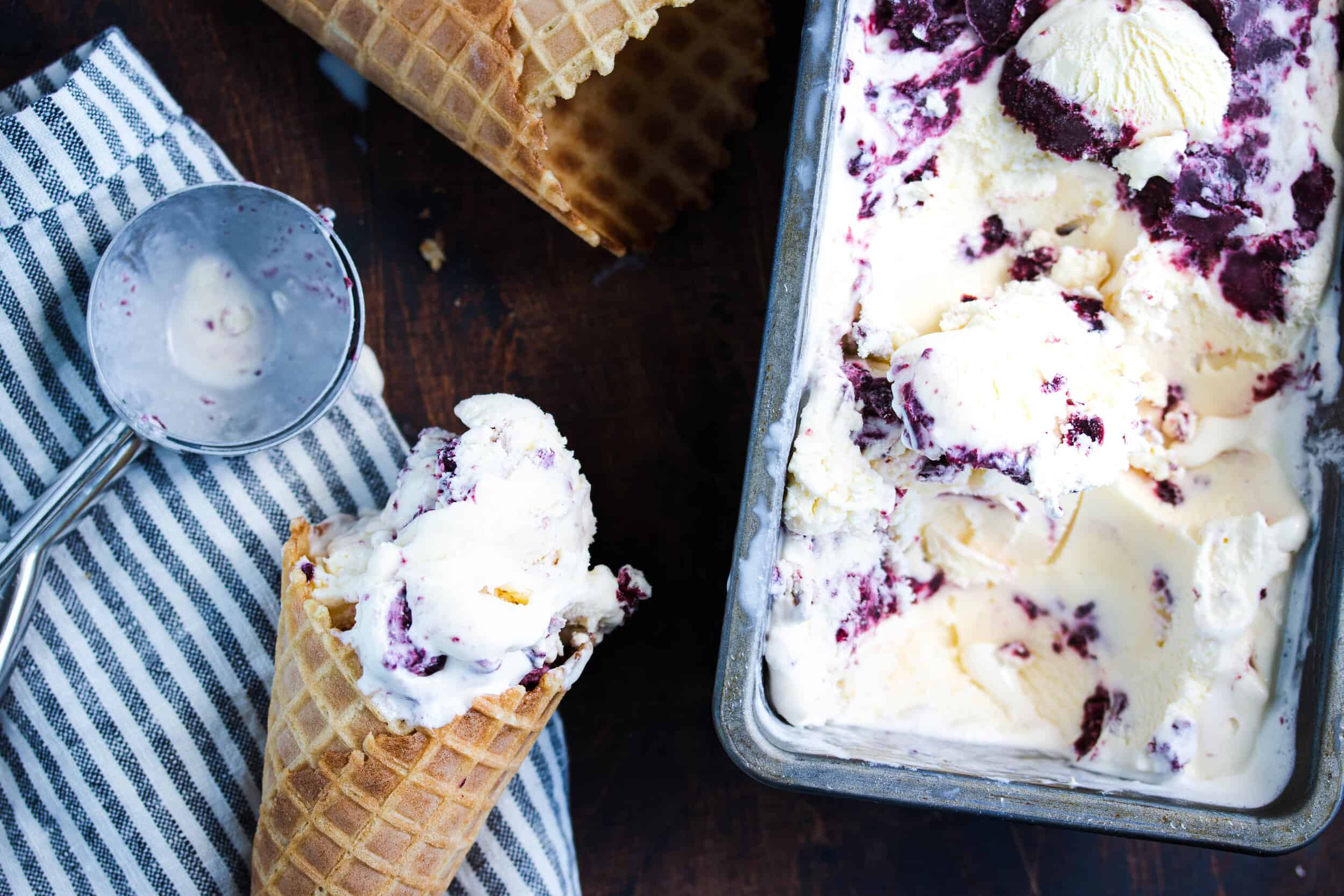 Make the Ice Cream Base: