There’s few better ways to celebrate the tomatoes in season right now than with this galette. The beauty is its simplicity of ingredients: roasted & caramelized tomatoes are front and center, with a backdrop of a perfectly flaky parmesan pie crust. The more colorful the tomatoes, the better.

While the end result and ingredient list is simple, I’ll be honest in that I consider this more of a weekend baking project because the pie dough requires some time and attention to detail. The tomatoes are actually quite simple: slice and then let sit in just a bit of salt to remove excess water from the tomatoes to prevent a soggy crust. I’ve lowered the amount of salt because we found it to be a bit too salty last time- it’s all about the balance.

However, this galette has the appeal that it can eaten at anytime and lasts at least a few days in the fridge (it never makes the whole week with me, so I can’t tell you exactly). So make it over the weekend and enjoy it over the week- as a snack, lunch, maybe even dinner.

This recipe is adapted from Bon Appetit- I actually made it last year, but never posted my recipe with adoptions to make the pie dough whole grain. Here I used a combination of rye and spelt flour to add more depth of flavor. 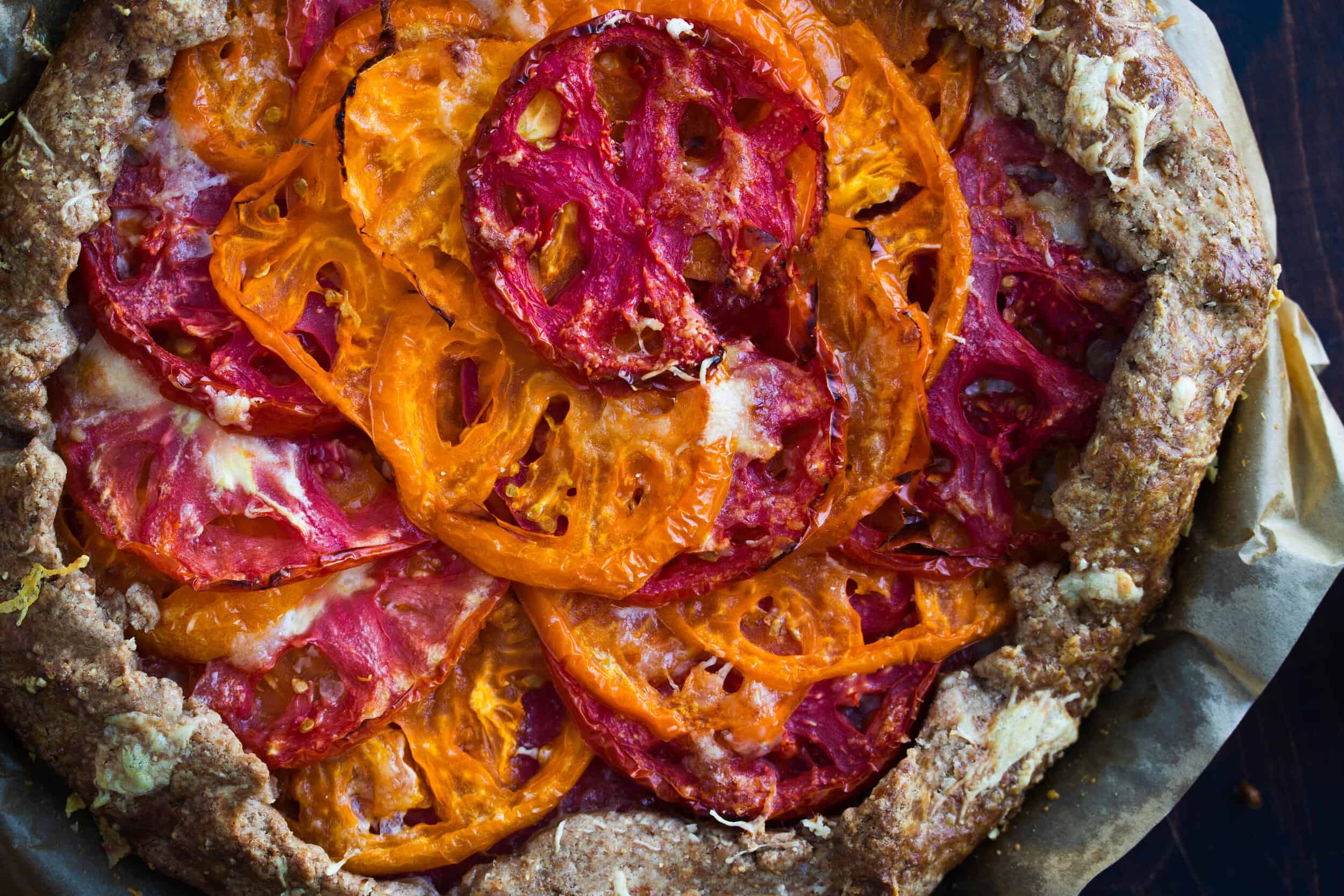