One of my oldest recipes (from 2012! Wow I feel old), this was one of my absolute favorites when I was younger. I don’t make it as often now (usually about twice a year in the summer), but every time I do, I wonder why I’m not making it more.

The marinade really packs a punch, thanks to a heavy dose of mirin and soy sauce, as well as some ginger and garlic. While reducing it down is an extra step, it helps intensify the flavors. Between the marinade and char from the grill, this boneless chicken is anything but bland. It’s also great for leftovers the next day.

Serve with some grilled asparagus and rice for a simple weeknight meal!

You know those tried and true recipes that you seemed to have had forever, but don’t even know where they came from? That’s this one right here. Ever since I was little, chicken yakitori night was my faaaavorite. Whenever I come home from college for the summer, this is the first meal I make.

It’s a great balance of smoky and sweet and somehow seems to have both a lot of depth and simplicity, making it a great dish for both those well-versed in Japanese foods and for those don’t typically eat Japanese foods.

This chicken is versatile and goes with a number of different vegetables. I personally love serving this with one or a combination of the following veggies: asparagus, green beans, zucchini, sugar snap peas, and/or carrots. For a starch, serve with brown rice or soba noodles. 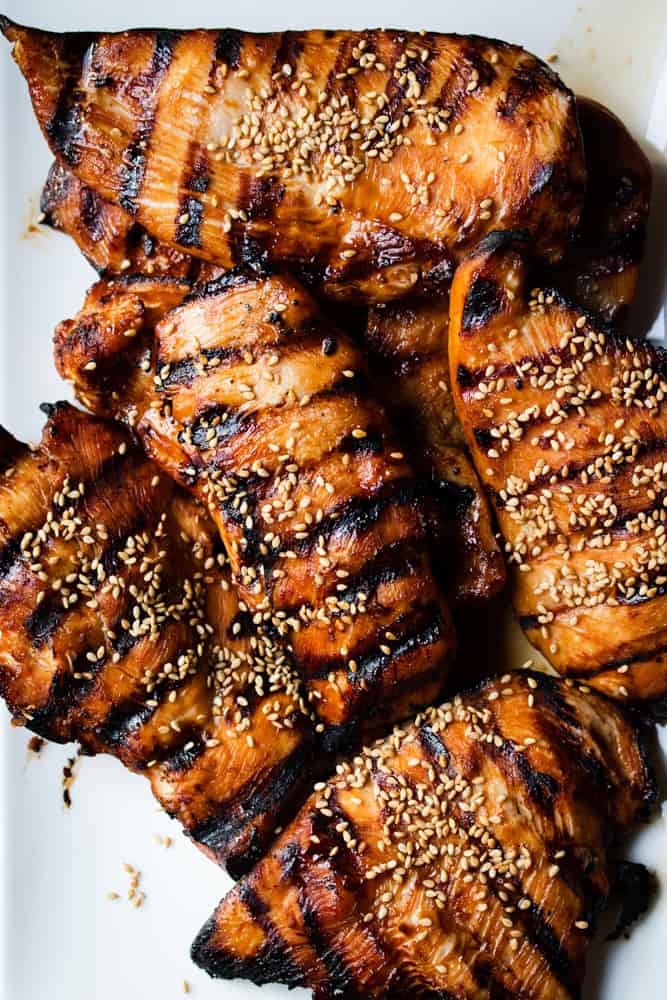 “Yakitori” is a term used in Japan to describe skewering and grilling chicken. The chicken is usually made with a marinade that has some combination of soy sauce, mirin, sugar, and sake.
Servings 4 servings
Prep Time 15 mins
Cook Time 10 mins
Marinating Time 1 hr
Total Time 1 hr 25 mins
No ratings yet
Share Email Pin Recipe
Tried this recipe?Mention @Kate_Cooks_ or tag #katecooks!