The bounty of tomatoes and eggplant has me almost overwhelmed- but in the best way. This Late Summer Tomato & Eggplant Linguine is one of the handful of recipes I’m squeezing in this season. Yes, it’s quite late in the summer (okay it’s technically fall now), but there’s still copious amounts of eggplant and tomatoes at the market. And I just HAD to buy them! At first, I looked at the pile I got (all for myself, I might add) thinking I went overboard. But thanks to this easy, minimal, and delicious recipe, I quickly used up ~2 pounds of eggplant within days.

According to the farmer here in Cambridge, we have about two more weeks left of eggplant, primarily due to the unusually warmer weather right now. I plan to take full advantage. Eggplant in season and locally sourced at the market is like an entirely different breed than the gigantic Italian eggplant you see at the grocery store. So much more tender, thinner skin, and I prefer the smaller size as well. I used fairytale eggplant in this recipe. These are like baby Italian eggplants- still round at the bottom and somewhat plump, but about the size of your hand. My other favorites are Chinese and Japanese eggplants- learn more about these varieties and what to do with them here.

This recipe is purposefully simple and includes ingredients I pretty much always have on hand. It’s a little unique in its quantities for each ingredient though. So let me explain…

This recipe embraces using local, seasoning food to a tee. It’s just as much a vegetable dish as it is a pasta one. 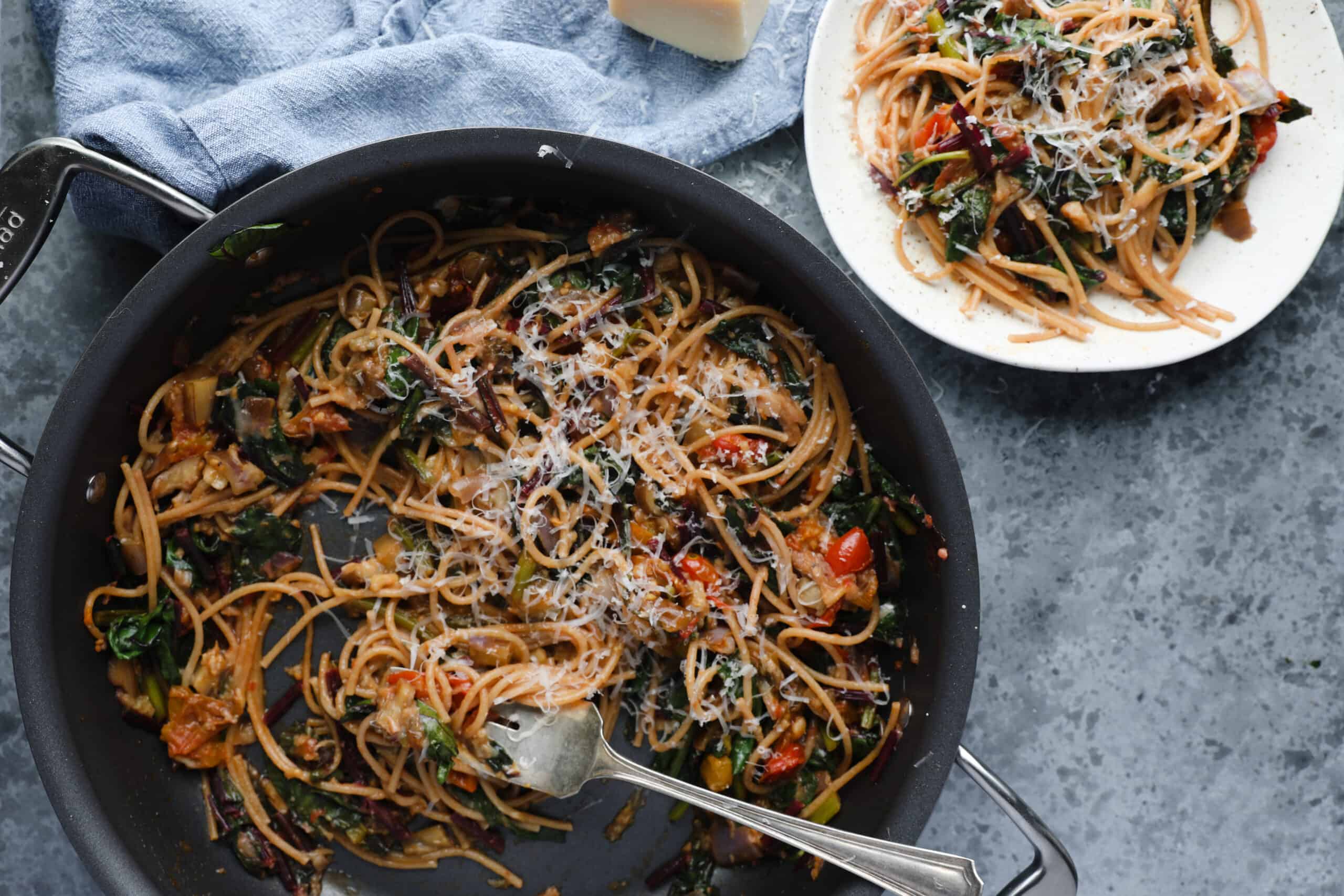