These muffins are a play on my oh-so-favorite one bowl banana muffins. It’s become my go-to for any muffin recipe because it has the perfect balance of being sweet, without loads of sugar. The rest of the ingredients are fairly clean as well, so this functions as a great snack too.

The goal was to create a fall version of these muffins and although perhaps cliche, nothing seems more like fall than pumpkin. However, after several recipe trials, I realized you do have to be careful with using canned pumpkin. Originally I tried to create a recipe that used a whole can of pumpkin. Sadly, it was way too much. It’s a bit dene and so too much pumpkin created a texture that was somewhat gummy and unpleasant. On the other hand, I was wary of reducing the pumpkin so much that it’s flavor doesn’t come through.

Which is where the other spices come through! A heavy dose of pumpkin pie spice helps bring out that pumpkin flavor and everything we associate with it. Then I added in loose chai tea, which is full of warm spices like cardamom, cinnamon, and cloves. While I don’t do it as often as I should, adding in tea is such a fun way to add a boost of flavor to any cake. At first, I was a bit skeptical loose tea would be overpowering, but this Earl Grey Tea Cake by Molly Baz convinced me otherwise. While some recipes steep the tea in cream, I don’t think it’s necessary for the flavor to come through (and the texture is fine).

One last note- you may think that the amount of salt and spice in here is a bit aggressive. Yes, it’s more than a traditional recipe. Why? Because the amount of sugar is less than a traditional recipe. I recently learned from Joanna Chang in my science class that in some ways, sugar is like salt- it helps brings out the flavor and intensifies it. So if there’s less sugar in a recipe, the other ingredients that are adding in flavor need to be amplified. 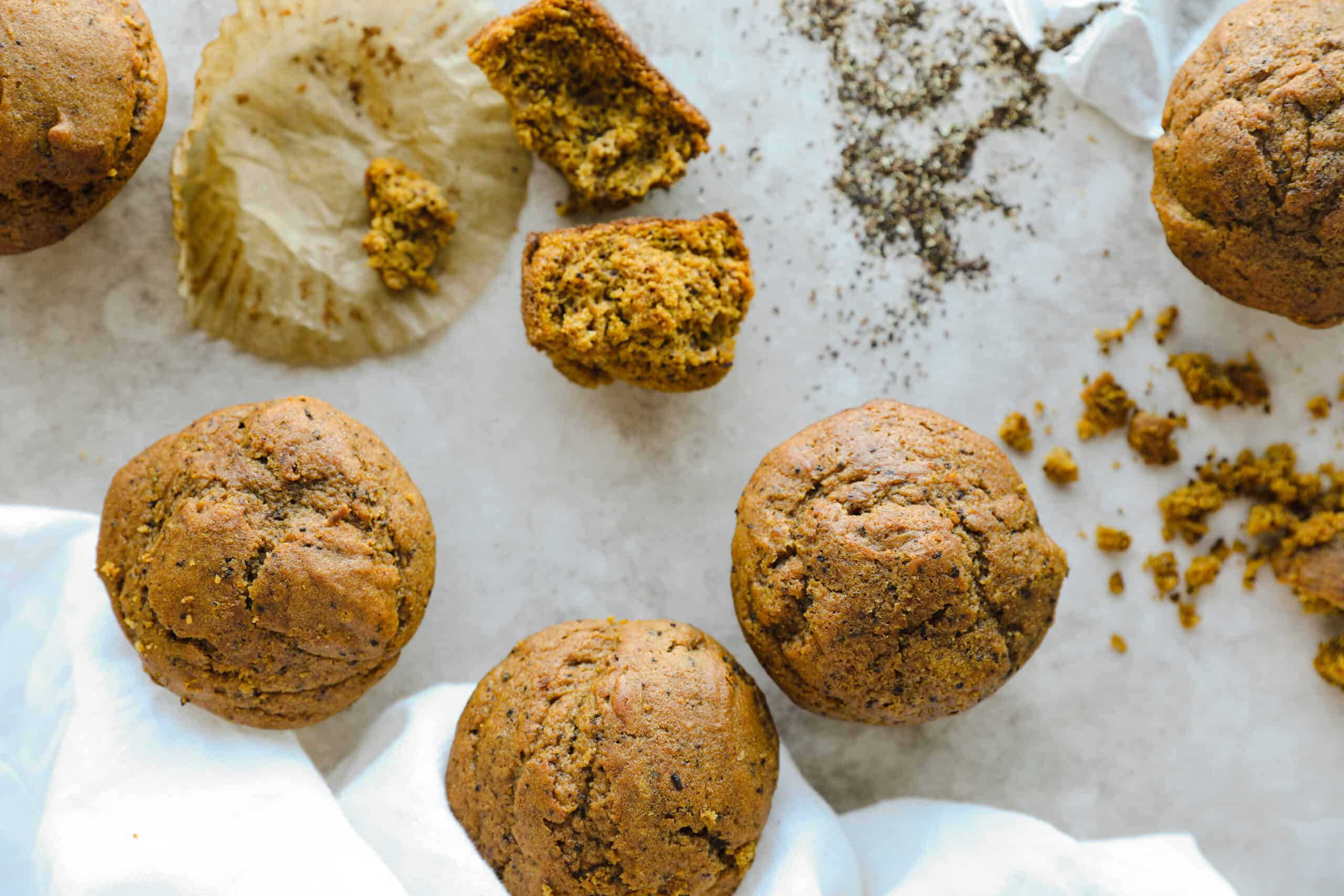