Ever since I made this parmesan broth last week- a broth that is infused with the rinds of parmesan plus aromatics like fresh rosemary, thyme, and peppercorns that is full of flavor- I’ve been finding ways to use it. I love this recipe for its simplicity in ingredients and steps. The leeks are infused with a strong parmesan flavor, so if you’re a parmesan lover, you’ll be all about this! 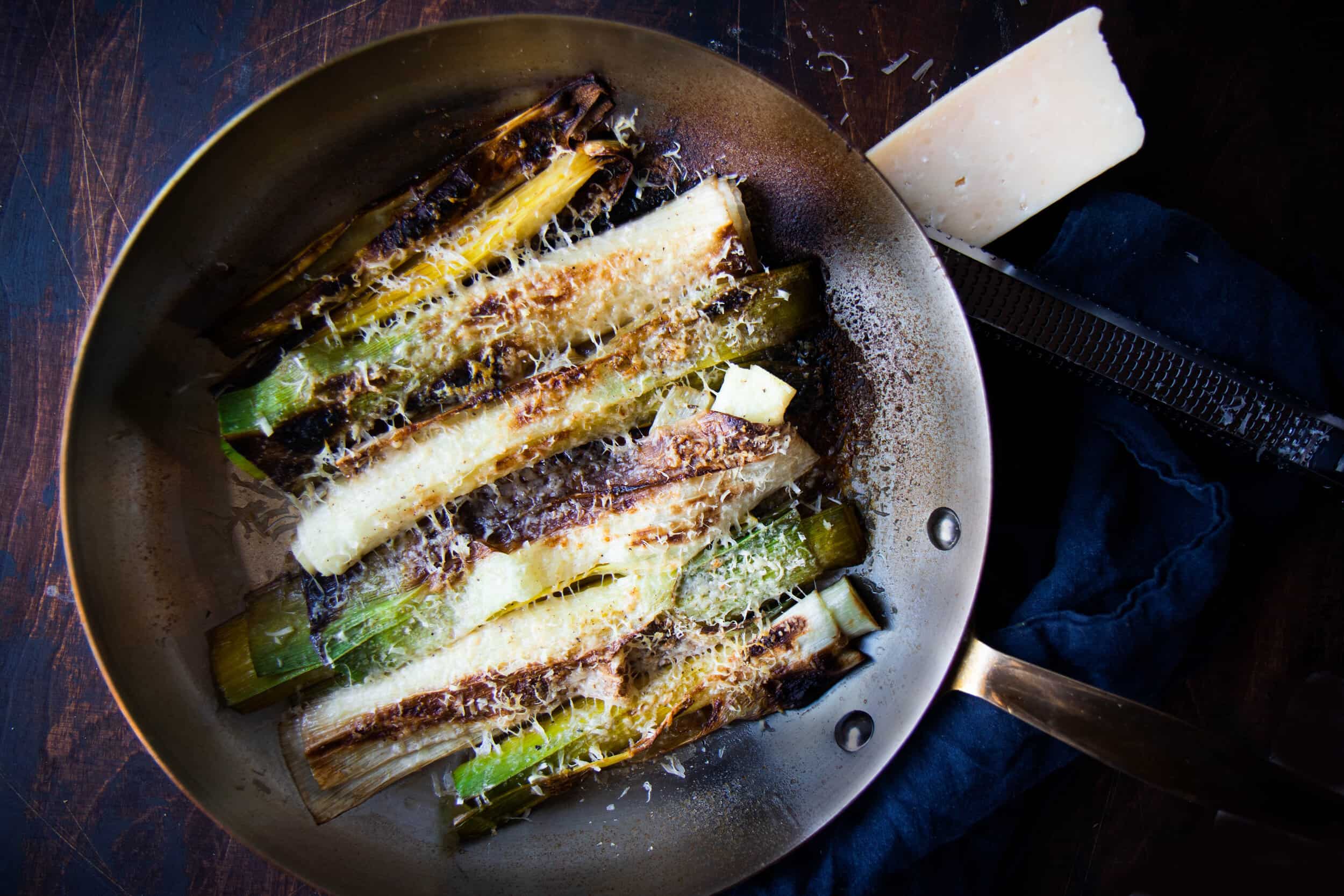