Nothing sets the tone to prepare for the cold winter season better than butternut squash. I see it and immediately feel a sense of warmth. But as much as I love the colors and vibes of butternut squash and its relatives, sometimes I find them to be a bit too sweet. Luckily this year I discovered the secret to keep things balanced. It’s all about pair the squash with salty, buttery, and umami flavors. It doesn’t have to be complicated. This Caramelized Miso Honeynut Squash takes advantage of just two simple ingredients: butter and miso. Both play critical roles in contrasting and balancing out the natural sweetness of honeynut squash to create a more balanced side dish that’s sweet, but also complex in other flavors.

What is honeynut squash?

Honeynut squash is the smaller relative of butternut squash- a single one is about the size of your hand. When I first posted about it 2019, this variety was a newbie and just starting to be easier to find at farmers’ markets, although usually, only one or two stands would carry it. Now, two years later, it’s become much more common.

Unlike so many seeds, honenynut squash was just created about 10 years ago. It all traces back to Dan Barber, a chef I’ve admired for a long time and was a huge force behind the farm-to-table movement (there’s an episode about him on Chef’s Table that I recommend checking out on Netflix). The idea was to create a “better” butternut squash.

So what makes it better? A few things: First, you don’t have to peel it. The skin is edible and quite palatable. While I haven’t actually done research on it, my guess based on similar vegetables is that the skin is the most nutritious part and contains lots of fiber. Second, it’s easier to cut. Not only do you not have to peel it, but it generally is a bit softer and more tender than butternut squash. So if you’ve ever gotten a little nervous about cutting butternut squash, this is a good alternative. Along these lines, honeynut squash is much smaller than butternut. Half of one (or maybe even a whole one) is a perfect size for one. This also means a shorter cooking time.

Honeynut squash can come in a number of varieties. Most recently I saw these ones that are spotted and green which were quite unusual- my guess is they are another breed. 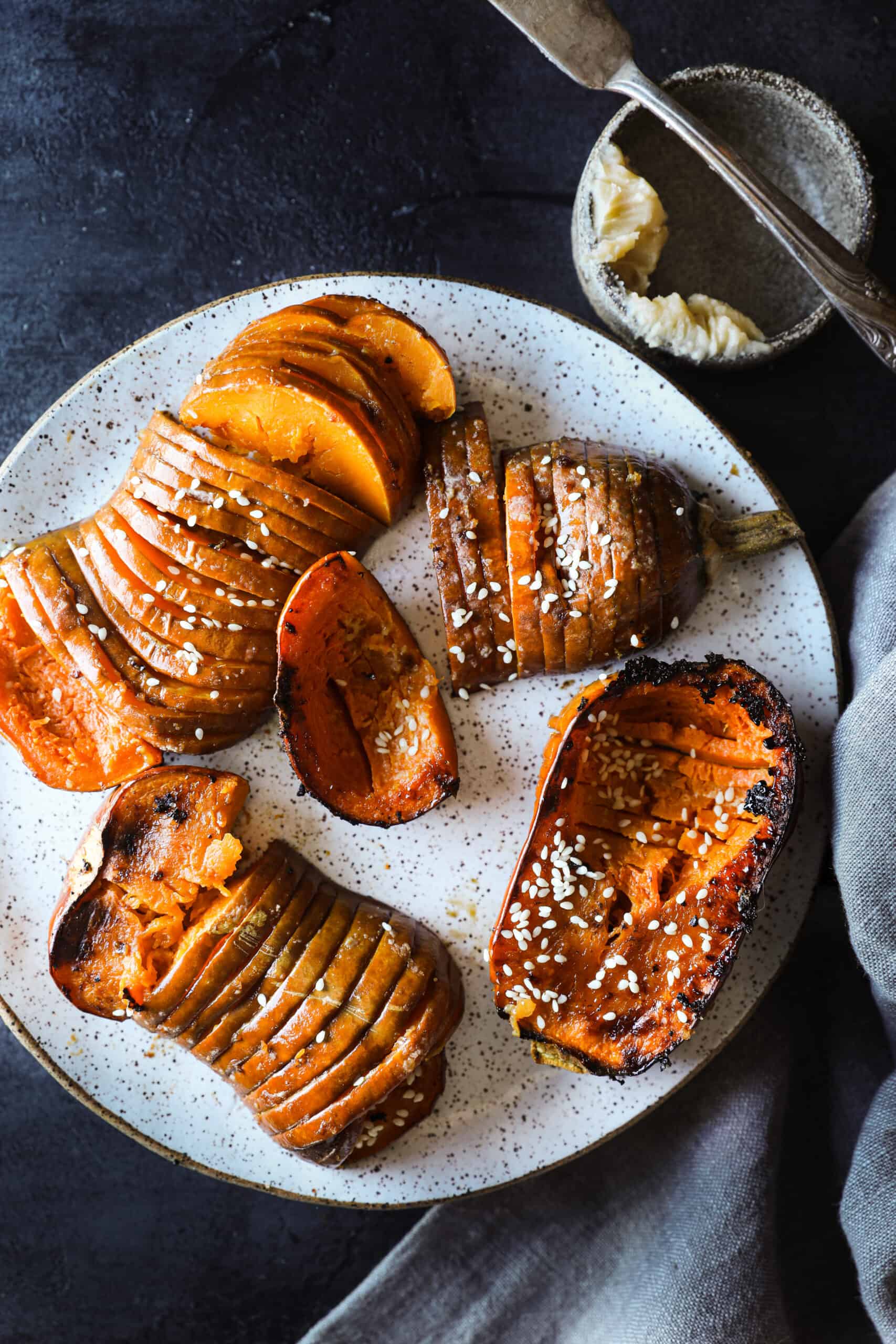 Fall Vibes: Get in the Spirit