Nothing beats combining quintessential summer fruits with a tangy feta cheese and crusty, slightly charred bread. One of my favorite ways to switch up salads is by playing around with how I cut up the produce. Here, I kept the tomatoes in large slices and watermelon in large triangles. It sounds simple, but it makes a difference! Take it one step further and serve this on a large flat plate for presentation that’ll feel fancier, but takes no additional effort.

Both the tomato and watermelon are quite sweet, so basil, feta and crusty toasted bread is key for balance. I call this a panzanella, although my ratio of produce:bread is definitely leaning toward the produce. I find just a handful of toasted bread does the trick.

Last small, but oh so important, detail: flaky sea salt on top. It’ll make all the flavors pop. Season your salads just like you would anything else. It’s what all the chefs do. It may seem weird if you’re not used to it, but trust me on it! 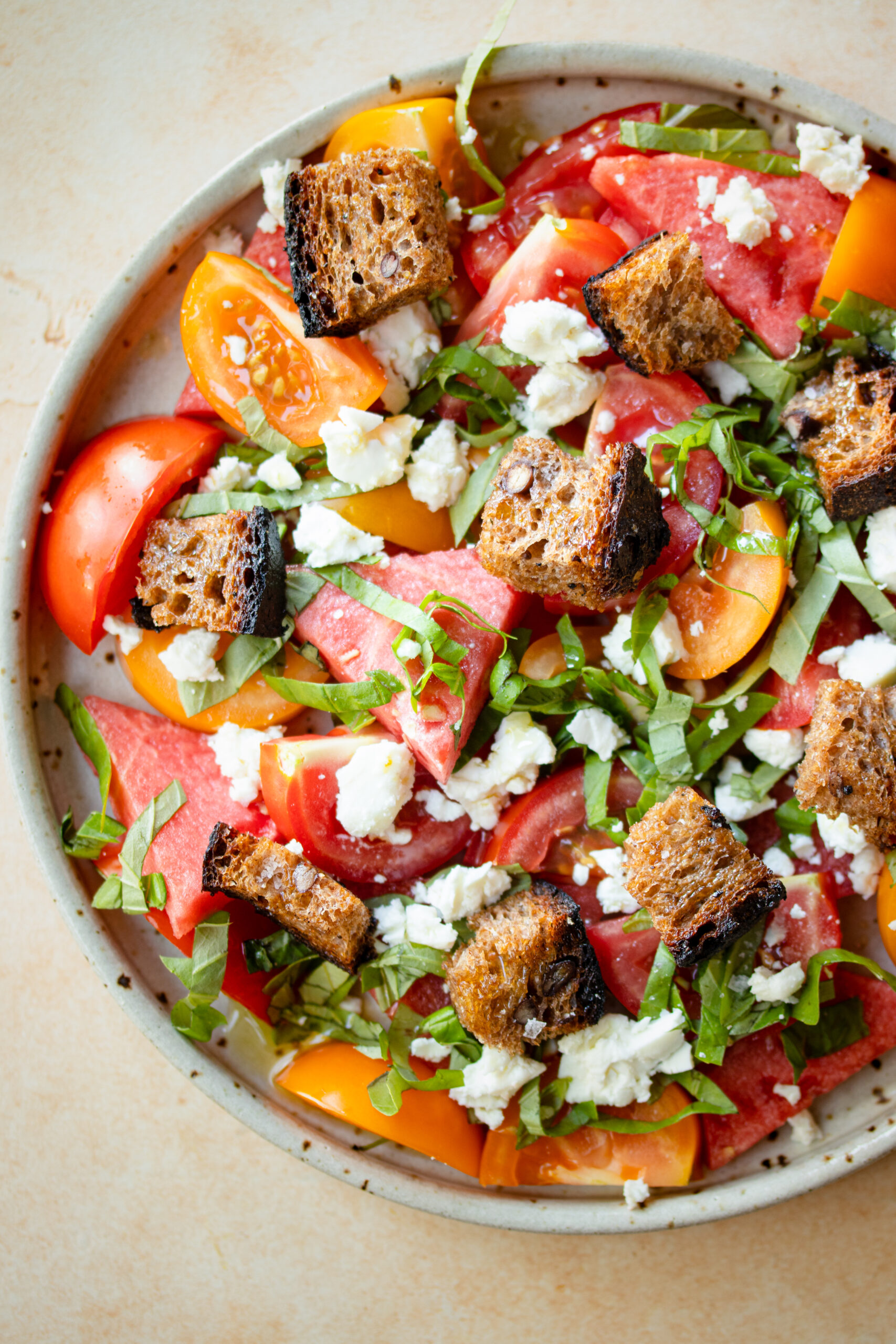 As is often the case with my casual summer salads, ingredient amounts are flexible and really up to you!
Servings 2 servings
Total Time 5 mins
5 from 1 vote
Share Email Pin Recipe
Tried this recipe?Mention @Kate_Cooks_ or tag #katecooks! 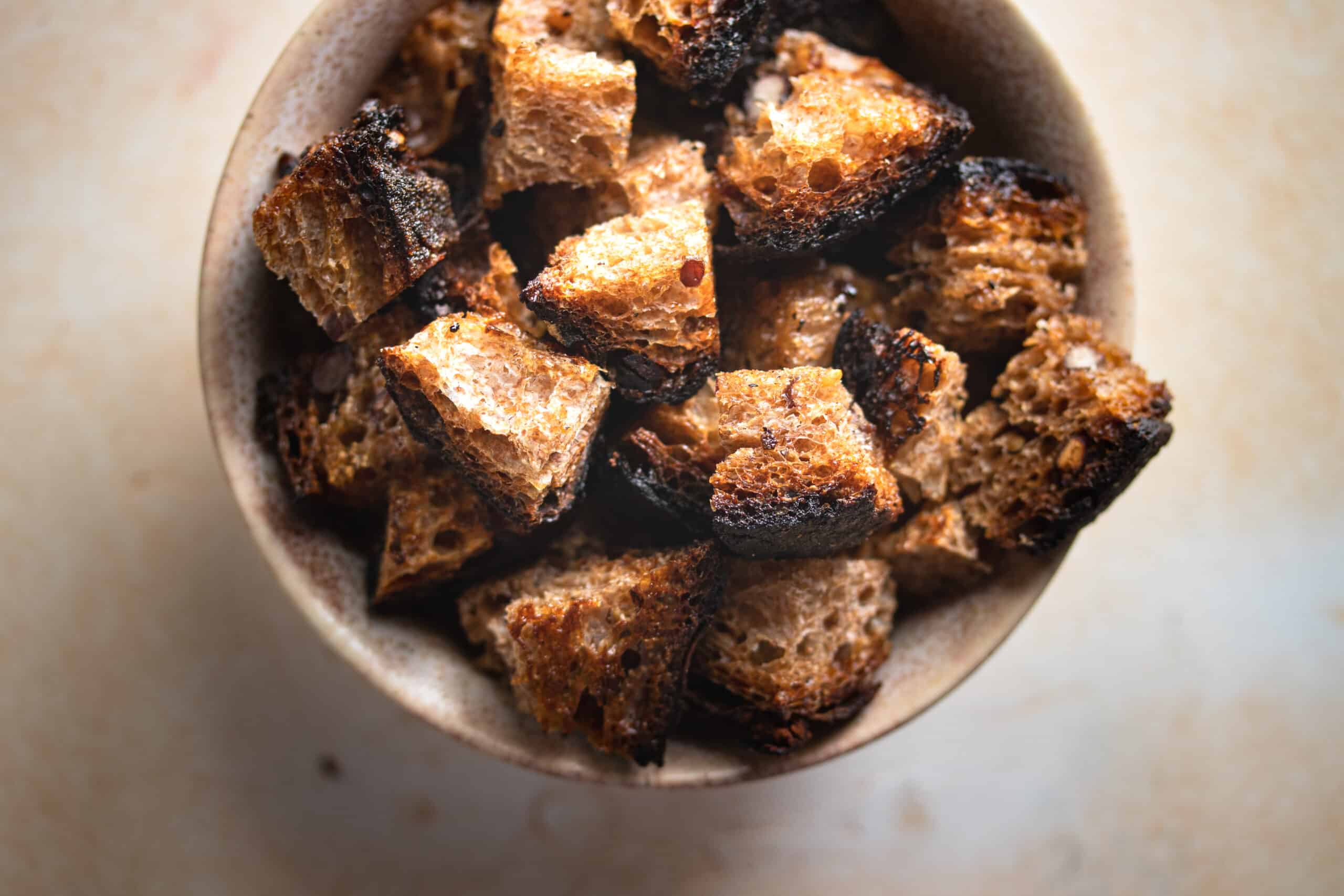 You can choose to do this in the oven or the stovetop- either works! The stovetop takes quicker, but also requires a more watchful eye, and it can go from perfectly toasted to overly charred more quickly. The oven takes a bit longer, but is a better option if you're a beginner cook and worried about overcooking.The key to this simple recipe is the bread- you need something with some body, texture, and most importantly- a strong crust.
Servings 2 cups
Prep Time 5 mins
Cook Time 10 mins
Total Time 15 mins