I’ve never been a big frosting person. Well maybe not always- as a kid I was all about that tub of chocolate frosting from Duncan Hines. But as an adult, I’ve found most frosting to be devoid of any flavor beyond sugar.

Then I made french buttercream. And my feelings on frosting completely changed. It’s still sweet, but egg yolks and butter give it a rich depth of flavor and balance it out. It’s so good that I’m completely willing to go through the work to boil sugar into a syrup, whip up the egg yolks, and slowly add in butter. There’s something so luxurious and dreamy about it.

Ironically, the process of making French buttercream can often feel like the antithesis of luxurious. Almost every time I make it, despite knowing that eventually it will work out, I go through a period of doubt and frustration when the texture warps when I add the butter. Eventually, with just some time and patience, it all melds together into the perfect texture. Perhaps this is a greater analogy for life in general.

From here, add in any other flavors you want although I highly recommend trying out a fresh vanilla bean for a real pop.

This recipe is adapted from the Chocolate Buttercream Frosting in Claire Saffitz’s Dessert Person. I was making a three tier chocolate cake for a family friend and followed her recipe methodically (multi-tier cakes usually aren’t my thing). Despite loving Claire, I had low expectations for the chocolate frosting, purely because I 1) don’t normally like frosting and 2) am not the biggest chocolate person, at least when it comes to things like ice cream and frosting.

And this is what I posted in instagram: This French buttercream is seriously just HEAVENLY. You’ll never return to any other type, I promise (I say this through the first hand experience). After learning the fundamentals of a French buttercream from @csaffitz through her chocolate buttercream, I’ve been adapting this method to all sorts of different flavors. Fair warning: it’s not the easiest recipe in the world. The first time might feel a bit chaotic because you have to do two things (whisk the egg yolks and heat the sugar) simultaneously. However, if you’ve made an Italian meringue (which is the only type of meringue I make for macarons- more on that tomorrow), it’s actually a very similar method. You just whip egg yolks instead of egg whites and add a bunch of butter at the end.

When troubleshooting this in future trials, I also found this article by Stella Parks in Serious Eats very helpful. She has specific temperatures to watch for, which was incredibly helpful when trying to get the perfect consistency in the end. 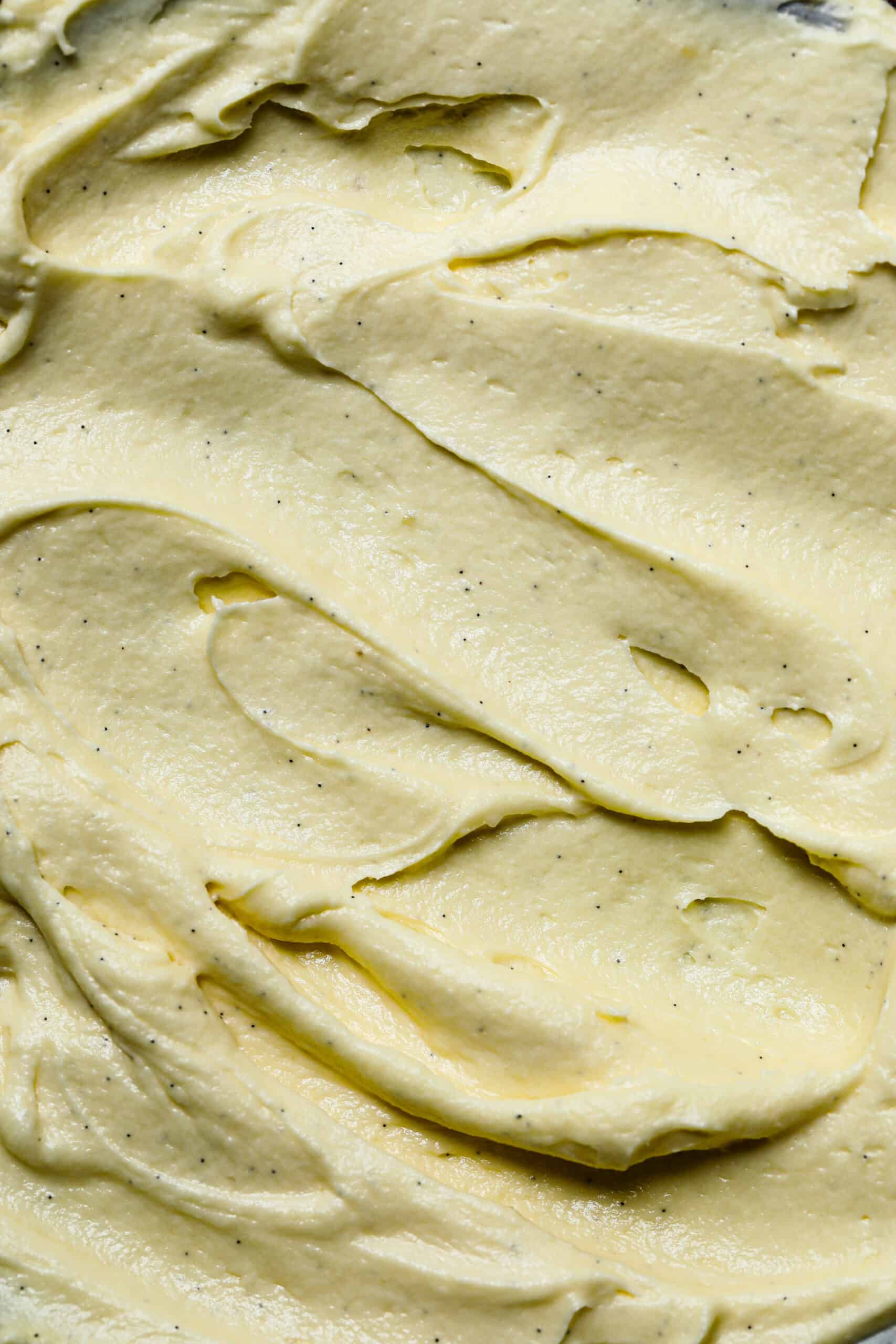 Sourdough 101: How To Make a Starter & Bake your First Loaf